While I Was Deactivated…

Posted on February 27, 2022
I deeply cringed at the thought that, due to a new business venture, I must reactivate my Facebook account. It would have been a safe space for me if I could bypass any involvement with my personal page and just create a business page but that wasn’t a possibility.

For almost 10 years, I stayed away from Facebook because of a nightmare personal experience tied to it. I became a Twitter devotee for the commentary on the news, and an Instagram spectator because of the beautiful pictures, but Facebook was strictly off-limits. I was so severe in my stance that I turned down a position that required reviewing Facebook posts.

When I accepted that I could no longer get around the fact that I had to go back on Facebook, I decided that just an update to my profile picture after almost10 years would be a harmless and invisible move. I was wrong.

I logged in the next day to find multiple comments from people about the update. I forgot that it would show up as a notification for my Facebook friends. As I begin to read the comments, an unexpected feeling came over me. The person that these people were commenting on her picture – it wasn’t me.

I didn’t plan to view it like that or even think to go in that direction, but as I read the comments, I felt as if they were speaking to a person that didn’t exist anymore. Definitely bizarre, but it was unescapable. It was similar (but not exact) to someone waking up from a coma with memory loss and being greeted by people who they don’t remember anymore, but instead, I knew the people but not the person they were happy to see reappear on their feed.

It wasn’t to diminish or deny the authenticity or importance of the friendships or relationships in my life, but that person who had deactivated this Facebook account almost a decade ago wasn’t the same person who reactivated it. Same name, same appearance, and the same basic information, but it was two different people.

Recently, I was talking to someone about a Christian talk show host and the people he has on his program, and they commented that this person had survived past scandals. I realized that even though I had known about his well-documented scandals, I had forgotten about them until the comment. It is amazing how, in some ways, our past selves can disappear.

Reconnecting with the past definitely doesn’t have a fixed outcome. It can be beneficial, rewarding, and inspire gratitude, but it can also be a setback and re-establish relationships that ended for reason and don’t need to be resurrected.

I believe it was a divine action that caused me to look at that person who had created this Facebook account in 2007 and no longer recognize her. Is it because if I reconnect with her, I would stray from my current path? More than likely, but I will never know the answer to the question. 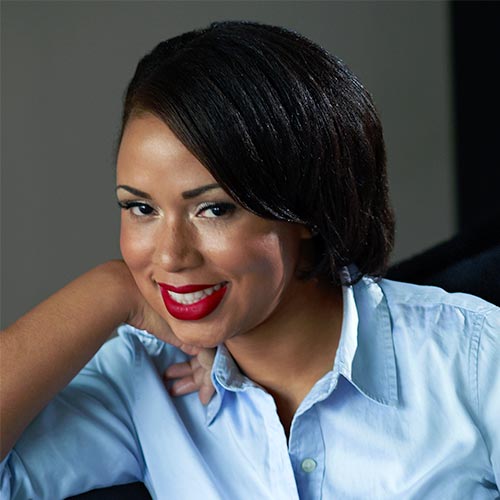