I am a Chicago native who now lives in the New York City Metro area. I have a Bachelor’s of Journalism from the University of Missouri, and a Diploma of Ministerial Training from Charis Bible College.

I absolutely love the diversity, freedom, and vibrancy of cosmopolitan big city life. If it were possible, I would simultaneously be in New York, Los Angeles, and London. The many dimensions of urban life come together to create a beautiful symphony of humanity that is positively infectious.

Years ago, while working as a teenager on Chicago’s Gold Coast, I began to realize something was consistently missing in the upscale, artsy, cultured world of big city living. The something that was missing – really the someone – was Jesus. Through years of observations and conversations, I learned that religion, with all its burdensome restrictiveness, has been shut out from the free-spirited, all-inclusive world of the urbanite – and rightfully so. Jesus has basically gotten kicked out with religion even though He never promoted religion. Jesus wants people to experience a life-giving relationship with Him that empowers them by faith to live a fulfilled, prosperous, and successful life.

Rebranded Christianity is about bringing people back to the pure concept of faith and relationship where it has been shut out because of religious contamination. My desire is that in all the amazement, beauty, and liveliness of big city life, people see that Jesus fits right in. 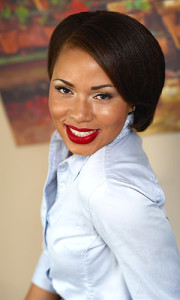